Osteoporosis, which means “porous or spongy bones,” is a condition that causes formerly strong bones to gradually thin and weaken, leaving them susceptible to fractures. The National Institutes of Health (NIH) Consensus Conference definition of osteoporosis is: “a skeletal disorder characterized by compromised bone strength, predisposing to an increased risk of fracture.” Bone strength in this definition reflects the integration of 2 main features: Bone density and a term that’s evolving more as we define it better both in science and clinically”Bone quality.”

This chronic, prevalent and could be a debilitating disease, presents a major public health concern in contemporary societies. It is the world’s most common bone disease, affecting one out of three women and one out of five men over age 50 years. 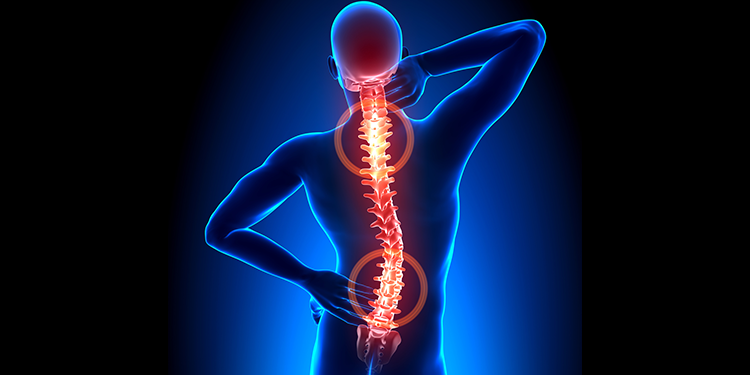 The risk of suffering such a fracture over the course of life is about 40% for women, and 13% for men. Fractures at an older age can result in pain, loss of movement, inability to perform daily chores, and may cause death. The most common fractures associated with osteoporosis are fractures of the hip and the vertebrae. With the predicted increase in aging population worldwide, the number of hip fractures could rise from 1.7 million in 1990 to 6.3 million by 2050. It is estimated that 71% of these fractures will occur in developing countries including those in the Middle East.

The most devastating consequence of osteoporosis is fractures, especially hip fractures. Up to 90% of all fractures in the elderly can be attributed to osteoporosis. Adults who have one fracture are 50-100% more likely to have another fracture. Mortality rates among the elderly, one year after a hip fracture, range from 14% to 36%. Compared with the general population, elderly women and men are two and three times as likely to die, respectively, after a hip fracture. There is also evidence that women who suffer a clinical vertebral fracture have a lower survival rate. Morbidity data show that, after a hip fracture, only 33-40% of people regain the ability to perform basic activities of daily living, 20% are nonambulatory, and 10-60% are unable to return home. Although two thirds of vertebral fractures can remain asymptomatic, others may cause significant back pain, kyphosis, and height loss. These psychosocial consequences can adversely impact overall health and quality of life.

Osteoporosis is often undetected until a fracture occurs. The spine, hip, and wrist are the common sites for fractures. The US Preventive Services Task Force notes that One-half of all postmenopausal women will have an osteoporosis-related fracture during their lives, including 25% who will develop a vertebral deformity and 15% who will suffer a hip fracture. Hip fractures are more worrisome, as the subsequent mortality rate is approximately 25% for those greater than 65 years of age.

The overall health of a person’s bones is a function of many things ranging from how well the bones were formed as a youth, to the level of exercise the bones have seen over the years. Early in life, bone is broken down and replaced continuously, a process known as bone remodelling. During the first 20 years of life, the formation of bone is the most important factor, but after that point it is the prevention of bone loss, which becomes more important. Anything, which leads to decreased formation of bone early in life, or loss of bone structure later in life, will lead to osteoporosis and fragile bones subject to fracture.

A number of factors increase the likelihood of developing osteoporosis and can be classified as “modifiable” and “nonmodifiable” risk factors. Nonmodifiable factors among women include female sex, ethnicity (white and Asian), advanced age, family history (fracture in first-degree relative), prior fracture in adulthood, and poor health/dementia with frailty. Emphasis should be placed on identifying modifiable risk factors. These include smoking, thinness ( 127 lb or 60 Kg), early menopause ( 40 years of age, either natural or surgical), excessive alcohol intake, sedentary lifestyle, low calcium intake, and poor general health. Prolonged immobility due to paralysis or illness can also cause bone loss. Recurrent falls and poor eyesight increase the risk for subsequent fracture and should be addressed when assessing the patient. Nulliparous women have higher rates of hip fracture than parous women. Pregnancy may induce biomechanical changes in the hip that later protect women from fracture. Elderly are more prone to falls (impaired vision, dementia, physical frailty).

Bone loss begins at a rate of approximately 0.5% per year late in the fourth decade. During the perimenopausal period and for up to seven years after menopause, women can experience a variable and potentially dramatic increase in the rate of bone loss of up to 3% per year that is directly related to estrogen deficiency. Thereafter, bone loss slows to a steady rate of 0.5-1% per year.

The most important risk factors are a personal history of fractures as an adult 40 years of age or older and low BMD. A low-trauma fracture as an adult is significant because it establishes an unusual susceptibility to fractures and strongly predicts future fracture potential. For example, patients who have had a previous vertebral fracture are five times as likely to have a new vertebral fracture within one year as patients who have not.

A person is usually not aware they have osteoporosis until a fracture occurs. Backache, loss of height, with gradual curvature of the back (caused by vertebral compression fractures), may be the only physical sign of osteoporosis. An x-ray examination of the spine may be obtained to confirm any suspicion. In many affected people, bone loss is gradual and without warning signs until the disease is advanced. Osteoporosis is also known as “the silent crippler” because a person usually doesn’t know they have it until it’s too late. Unfortunately, in many cases, the first real “symptom” is a broken bone.

Several common methods can measure the bone density, including Dual-energy X-ray Absorptiometry (DXA), single-energy absorptiometry, quantitative CT, and quantitative ultrasonography of the heel. DXA has been the most extensively validated method and is considered to be the “gold standard” for assessing bone mineral density (BMD). This is because of its high precision, short scan time, and low radiation dose (less than a chest radiograph). In most cases, the hip is the preferred site for diagnosing osteoporosis, and the spine is preferred for monitoring changes due to drug therapy. Therefore, a baseline DXA scan is needed to confirm the diagnosis of osteoporosis and for monitoring of the response to drug therapy.